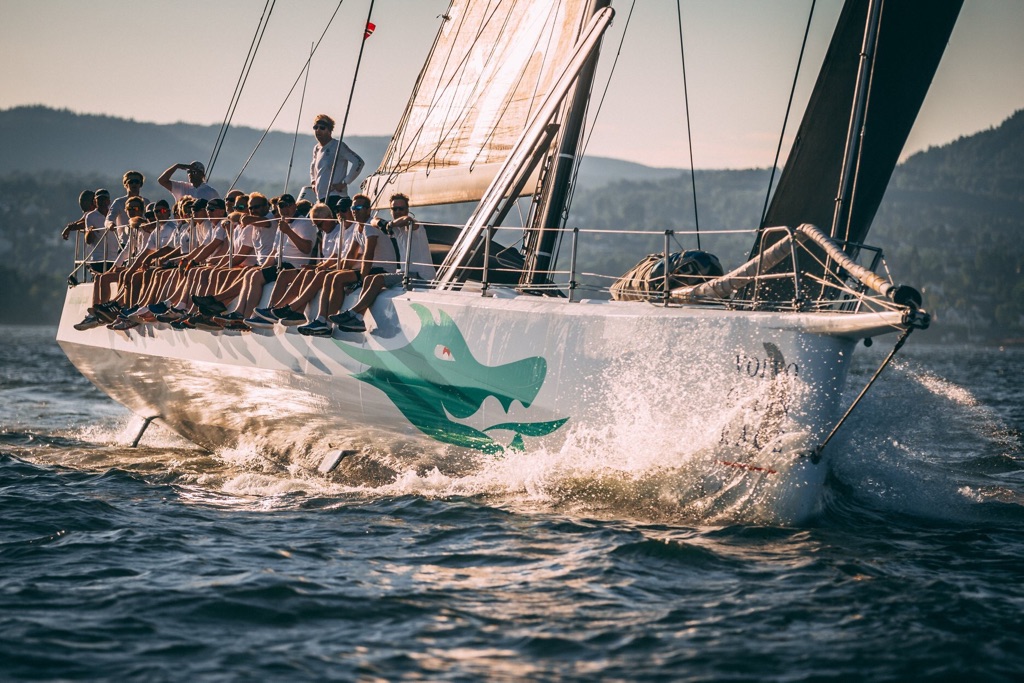 Volvo Ocean Racer 70 available for Events in the Mediterranean, Caribbean and Australia.
Especially from companies and sailing clubs very much in demand are the Atlantic crossings.

Let us know your ideas and what you would like to do with your team and we´d be happy to advise you on the possibilities.

The team was captained by Ian Walker and finished the race in fifth place overall, scoring 63 points. The boat was designed by Reichel Pughand built by McConaghy Boats.

The eight participating boats made ten stops in nine countries around the world. The first offshore leg of the 2008–09 Race started in Alicante, Spain, on 11 October 2008, with the in-port race having been held seven days earlier. A total of ten legs created the route, with seven in-port (IP) races held at various cities around the world. The boats covered 37,000 nautical miles (69,000 km) in the course of their journey.[1] The chief executive of the 2008–09 race was Knut Frostad.[2]

On 15 June 2009, Ericsson 4, skippered by Torben Grael, finished third on leg 9 from Marstrand to Stockholm, Sweden. With their third place finish, they were able to secure overall victory. [3] Ericsson 4 covered the 42,500 miles (68,400 km) of the race in a time of 127 days, 7 hours, 46 minutes, 21 seconds.[4] Ericsson 4 completed the race with 114 ½ points, whilst Puma ended with 105 ½.[5] Afterwards Kochi was described as a “memorable” port but Galway was the best. The Green Dragon was coming in 3rd being welcomed by thousands of fans still waiting for them at 04:00 h in the morning. It was expected that 140,000 people would visit Galway during the Stopover but the final total significantly outnumbered half a million, with some early reports suggesting that over 600,000 people had come to Galway to view the boats. The sailors reported of the enjoyment they had in Galway, with Puma skipper Ken Read describing it as “the best stopover I have ever been involved with”.